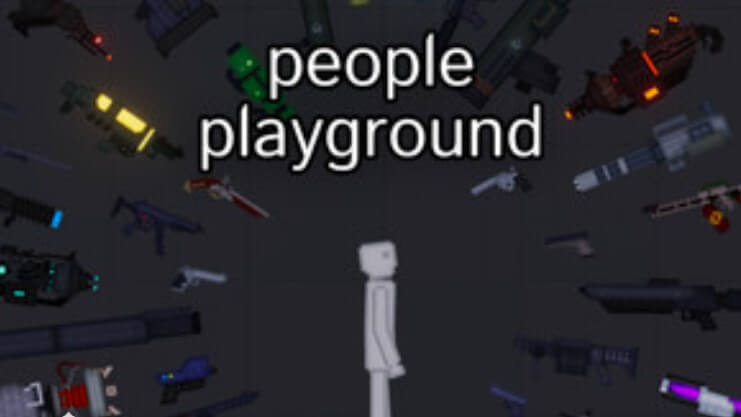 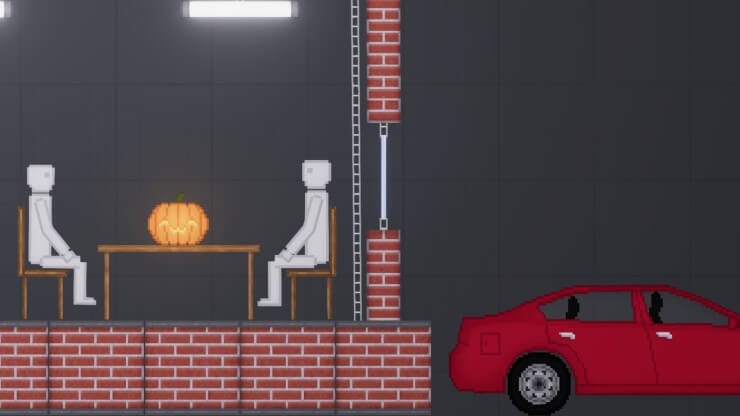 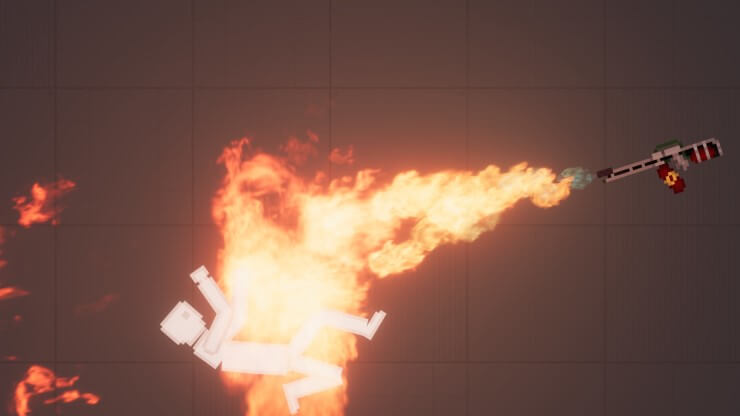 This game is for people who enjoy throwing around ragdolls but want it to be more detailed, satisfying, and feel more free while doing so. There’s more than enough space to play around in.

Every object has a set of properties that describe how it interacts with anything in the world
Some stuff is sharp. You can stab people (and other soft objects) with sharp objects such as swords or spears.

Some stuff conducts electricty, some do it better than others. Humans are very good at it too. When certain items are charged, they become a lot more powerful. Some stuff burns, wood, rubber, plastic, and humans burn very well. Set them on fire and stare while it slowly turns black. Some stuff shoots, the game contains a varied collection of projectile based weapons for you to play with. Some stuff explodes, there are different explosives that vary in destructive power as well as the manner in which they release their energy. Build stuff, you can build contraptions, usually death machines, to play around with.