Windows Media Player 10 is a free media player for Windows. It was released by Microsoft on September 2, 2004, after the addition of certain graphical changes and connectivity with music download sites. It was distributed with Windows XP Service Pack 2. Other distribution accompanied the Media Center 2005 edition.

Windows Media Player 10 is a popular multimedia player which can play video and audio files. Most Windows computers come with the media player installed already. It allows the users to begin listening to music and watching movies as soon as they boot up their computer.

Windows Media Player 10 free download has a comprehensive redesign of the user interface, track qualification, and menu bar changes. It also supports “Play With Sure” (a portable player with a special icon with its brand name). The time bar has been expanded over the interface.

User experience in Windows Media Player for Windows 7 is enhanced by enabling some features, which include playing media files and audio CDs, managing media in a library, generating a playlist, skins, supplying metadata (including album art) for media, establishing an audio CD, converting music to a portable music player, and playing online streaming from a website.

Windows Media Player 10 mp4 codec download has an ActiveX feature that offers methods and attributes which can be used to manage multimedia playback from a website or app. The ‘Media sharing and Play To’ feature permits you to exchange images, videos, and music from a networked computer with other computers and devices on the same network. It also allows computers to locate such files on a network.

The Media Foundation offers content security, audio and video quality, and DRM compatibility. Windows 10 products like Windows Media Player to support activities are provided by the Standards-based codec components. These include playing and creating multimedia files encoded with standards-based codecs. 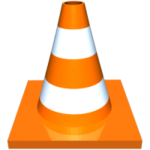