Most Secure VPN for Work and Home

Some of the big names that we’ve previously reviewed did impress us for their blazing fast speeds, strengthened security, the ability to bypass geo-blocked streaming services, and their server network. These claims are big and not every VPN service does it all and probably VPN Proxy Master might also fall short on some of its claims.

We are willing to share our testing insights with you so you can make your download worthful. We’ll talk about three concerning factors namely speed, network, & security.

What is VPN Master?

VPN Master virtual private network is used to connect to other servers through the public Internet, allowing users to send and receive data through devices connected directly to the network that virtual private.

Therefore, applications that run on electronic devices, such as Laptops, desktops, and smartphones, when using a VPN Proxy Master can benefit from the functions, security, and management of the VPN. VPN Master can Encryption, anonymity, and accessing blocked websites are the most prominent benefits of connecting to a VPN.

While you’ll find VPNs slowing down your connection speeds, VPN Proxy Master hardly made us realize the difference. The speeds were reliable, fast, and steady.

These speeds are easy enough to handle 4K streaming and the low latency (ping) of 11ms means that you’ll experience almost zero lag in online gaming.
The download speed will be equally fast even if you connect it to a server, for example, in London. This is due to the VPN avoiding the throttle that the ISP normally placed on the download speed.

The download speed was impressively good when we tested the server in the United States, New York. You will not notice any considerable decrease.
Well, the upload speed had our concerns.

It almost halved and the ping shot up somewhere from 800% to 90ms when we tested its Japan servers. This tells us that the VPN Proxy Master’s servers are amazingly optimized for download speed for the majority of the servers around the world and not really for upload speeds.

Well, then when we tried the Tokyo servers to support our claims. The download speed dropped down to less than a fifth of our base speed, and the upload speed halved. The ping shot up to 273.

The download speed is good enough for HD pixels but not enough to stream 4K videos. Also, the ping of 273 might do well for shorter miles. However, since the data has to be carried 9,000 miles, the results will not deliver.

When we further did some speed testing, we were slightly disappointed. For instance, the server in Dallas had had 9Mbps while our base Internet Speed was 32 Mbps. This is a 71% drop.

While the Singapore servers reduce the base Internet speed to 8Mbps while that of Mexico brought it down to 1,24Mbps. This is a whopping 96% drop in speed. Even worse, the upload speeds for these servers were less than 1Mbps except for the Singapore one at 1.75Mbps.

Hence, with not-so-impressive speeds, I could not get to watch any shows lag-free. While previously when we reviewed ExpressVPN, it provides us with lightning-fast speeds and did I did not notice any speed drop of more than 25% for the upload and download.

Gaming is Fast Enough on Some Servers – Mostly on Local Ones

Gaming was not disturbing with VPN Proxy Master. As long as it is somewhere close to your location, you will be good enough. For example, one of my friends from London, claimed a ping of 19 while gaming.

This is fine. The other friend of mine from Amsterdam experienced a low latency of 140ms and an upload speed of 1.75Mbps which is ideal for gaming. However, these results are from near locations and while you go farther away the ping will rise significantly.

The impressive network of servers across the globe is impressive on the website. But, the actual number of locations is 56 which means that there are 56 servers in different parts of the world.

On the Windows app, you’ll get somewhat 57 server locations. While on Android the server network is significantly smaller. Countries like Taiwan, Turkey, South Africa, Romania, Latvia, Argentina and Mexico are exclusive to Windows.

I was disappointed that VPN Proxy Master couldn’t unblock other popular streaming sites during my tests. Even using the normal US servers and the specialized servers we could not unblock Hulu, Disney+, or Prime Video.

I wondered why there are specialized servers if they simply don’t work.
Whenever I tried to access my account on those streaming services, the platform detected that I was using a VPN and gave an error message.

The VPN service uses OpenVPN, IPSec, IKEv2, and v2ray along with AES 256-bit encryption. This ensures military-grade encryption and security to keep off hackers.

On Windows Desktop, you can choose between either three. On mobile, however, you are limited to OpenVPN. You can also manually switch between these protocols on your device.

Kill Switch in simple terms means that your Internet connection will drop if the VPN connection drops. Surprisingly, I couldn’t connect to the Internet with the VPN off though I did not activate Kill Switch.

Other features like the Split Tunneling feature allow you to bypass certain apps from the VPN tunnel and Wi-Fi protection to keep you safe from unsecured Wi-Fi connections.

VPN Proxy Master also comes with automatic Wi-Fi protection. This means that your VPN will automatically connect if it detects unknown traffic. As a result, you don’t need to worry about hackers interfering.

Also features like Wi-Fi protection and the DoH are not available on mobile devices which hints at you to carefully use VPN Proxy Master on your mobile device.

While they do say that they support torrenting, we couldn’t successfully connect with servers in three locations (US, Canada, and Germany).
They say that we offer P2P servers namely in the above countries and including the Netherlands but we simply couldn’t connect.

Therefore, we tried the normal country servers with torrenting. We managed to open the torrenting site, but the speeds tremendously dropped to 0 in less than 30 seconds and eventually stopped.

Therefore, we recommend you to use Cyberghost to torrent safely with the specialized servers that work. The speeds are fast and allow you to download large files in a really short time.

The VPN service claims to keep no log. This is true because its VPN Proxy Masters mobile version does not require any permissions unless you choose to utilize its ‘phone Boost’ feature. That said, it still collects some VPN usage data such as:

VPN Proxy Master works on Windows, iOS, Android, macOS, and even FireTV. It has a browser extension for Google Chrome but it is more limited and is in beta version. Additionally, you won’t be able to use VPN Proxy Master on your router, gaming console, or Linux PC.

Beware, though, despite VPN Proxy Master claiming you to use the package with multiple devices, this doesn’t apply across platforms: sign up via Android, say, and you can’t then use the same account with your iOS devices.

According to officials, VPN Proxy Master does not work in China. It can not break through China’s great wall of anti-VPN software and censorship. 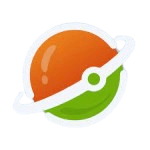 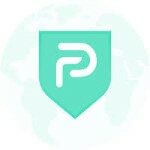 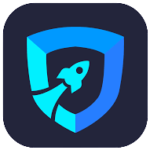 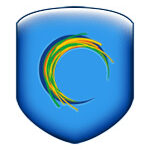 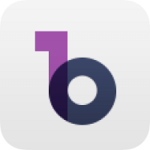 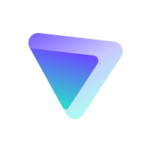 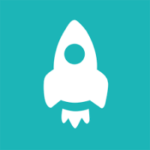