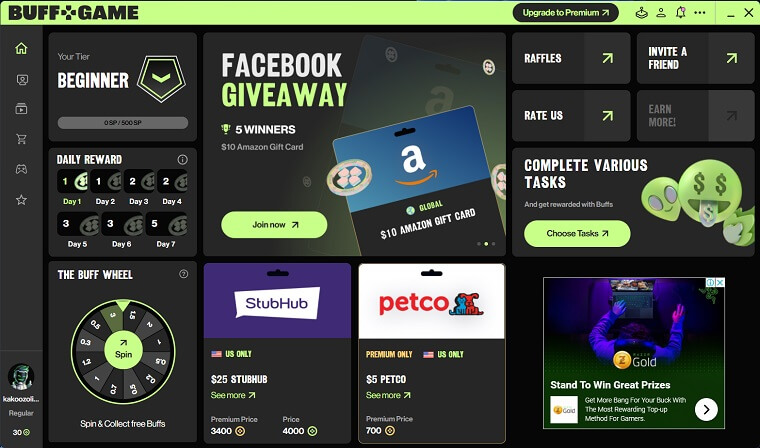 Play, Earn and Redeem, BUFF is a free loyalty program for gamers

Buff game for PC is a loyalty program that rewards gamers simply for playing their favorite games. Start leveling up by running Buff in the background while you play the games you love. Redeem your Buffs for real-life Items in the Buff market. You can redeem gift cards, gaming gear, Steam keys, and many more!

Buff also detects your gameplay highlights and captures them for you. You can capture & share your pro moments with your friends. download Buff for PC that supports Windows 10, and Windows 11 64-bit OS. The latest version for the desktop app is 0.6.0.4 however you can also download Buff on mobile for android users.

Start level up everywhere. CSGO gamers, this is for you because the more you play, the more you earn Buffs. Redeem them and get Steam credit or other items for free. It’s time to get rewarded for playing Counter Strike Global Offensive, stop wasting your time. Download CS: GO from Steam and start earning with Buff.

Participate in this multiplayer first-person shooter video game, you will be able to collect BUFF and redeem them whenever you want. BUFF allows you to do what you have always wanted to do and that is play CSGO for money. So download the BUFF app for PC and start earning 100s of downloads every month and counting.

How to Earn Buffs While Playing Counter Strike Global

In case you are wondering how to earn money in Dota 2, you must download our Buff app and start earning Buffs. BUFF will run in the background and you just have to play Dota 2. It is that simple. Start collecting Buffs and then redeem them whenever you want.

Is Buff Safe to Download on PC or Android?

As an Overwolf-authorized app, Buff is safe for use with no malicious properties. You won’t e banned as it entirely complies with game publishers’ terms. You also won’t need to worry about the mining as the Buff app will not run in the background.

Which Games and Mods does Buff Support?

We are adding more games on a monthly basis. Here is the updated list with supported modes on PC and Mobile:

What are the Buff System Requirements?

How can I earn Buffs on PC?

You can earn Buffs in six ways:

How can I earn Buffs on Mobile?

Added support for Windows PC, iOS, and Android 7.0 or higher. 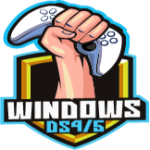 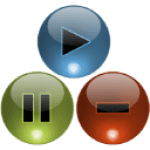 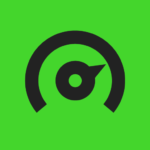 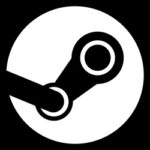 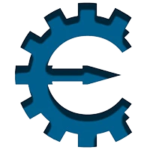