PC users are dealing with yet another problem where their graphics card fans not spinning on startup. It’s not because they have faulty bearings but when the users turn on PC the GPU fans start spinning and after a while, they stop and show no display.

A very logical question arises that why are my GPU fans not spinning even though they are working fine. Here in this guide, we have explained the common reasons and solutions to fix this problem.

Why are my Graphics Card Fans Not Spinning?

After turning on your PC if the GPU fans not spinning on startup or stop spinning after some time it may be because:

Is it bad if my GPU fans aren’t spinning?

To run GPU at an optimal level it’s very crucial to keep the temperature as cool as possible. If your GPU fans stop spinning when the PC is running resource extensive tasks it can cause overheating.

If you have heard of Passive Cooling Mode, it cuts down system noise and lets the GPU runs only when it reaches a specific temperature.

Test if your GPU fans are working

Before going towards potential solutions you should check whether your GPU fan is spinning or not. Simply download a benchmark tool and run it, or run a game to put your GPU under load.

Alternativly, you can download MSI Afterburner and manually increase fan speed. If the GPU fans start running under it means that the fans will spin only when they reached a certain GPU temperature.

If the fans do not spin or stop after a while then you have a different problem to address.

If you have built a new PC and everything is turning on except GPU fans.

Restarting your PC is the simplest solution that has worked for many users. Many PC enthusiastic claimed that when you restart your PC it refreshes the system settings realigning them.

Did you recently install a new GPU and find out that its fans not spinning at all. There are chances that GPU’s power connectors linking with the Power Supply Unit are either not connected or seated properly.

Make sure the GPU is correctly sitting in the PCI-E slot on the motherboard. If you have you forgot to plug the PCIe power cable from your PSU then the GPU fans won’t spin.

Note: GTX 1050 Ti and GTX 1050 don’t have 6 or 8-pin PCIe power connectors. They run solely off of the power provided to them through the PCIe lane.

While building a new PC many users purchase GPU without considering their PSU wattage capacity. If you’re searching for reasons why your GPU fan isn’t spinning then you need to make sure that the PSU has enough wattage to supply power to GPU.

If not the GPU fans will not spin as a sign your PC will shut down repeatedly, so before buying GPU double-check wattage requirements.

Fix 4. All Connections on the Motherboard Plugged in Properly

If you are searching GPU fans not spinning their potential causes then it’s a good idea to make sure that all connections on the motherboard are plugged in and seated properly.

Any connection that is linked with the motherboard and power supply unit should be thoroughly checked. These connections can affect your system performance.

If everything is working fine except your GPU fans then there are chances that you have a faulty component.

Fix 5. Install GPU on Another PC

If you have another computer in your reach then try to install GPU in it to see if the graphics card fan spin or not. If the GPU fans start spinning then it’s your motherboard at fault.

On the other hand, if the GPU fan does not spin on a new PC then there’s a problem with your GPU.

Prevent GPU Fan Not Spinning On An Older Build

If you have an old PC and your GPU fans not spinning on startup or simply shoes no display then apply these potential solutions.

Over time, the GPU fan’s bearing loses the spinning capacity you can refresh the fan motor by re-oiling. For that you need to follow these steps:

Now reassemble everything and connect the graphics card to see if the fans are spinning.

The dust and debris gathered on the fan blades is the serious enemy that causes the GPU fans not spinning problem.

If the GPU fan is running with low torque it means that a physical obstacle in the shape of dust is preventing it from running. If you ignore dust it can increase CPU temperature and GPU temperature.

To clean out the fan you can use compressed air or use an air blower.

If there’s any pending update patch or you are running GPU with outdated drivers you might face GPU fans not spinning problems.

You need to update AMD/NVIDIA graphics cards by visiting their official sites or you can simply download Driver Easy to do that part automatically.

Older GPU Fans Not Spinning? Is It Time for An Upgrade?

If you have applied all the above fixes to get your graphics card fan spinning but failed to resolve it. Then either replace the GPU fans or simply buy an affordable graphics card from amazon or any trusted platform.

Is SnapTube Safe to Download & Install on Mobile Phone 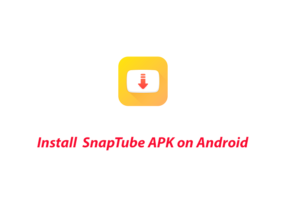 How to Download & Install SnapTube APK on Android Phone without Google Play Store? 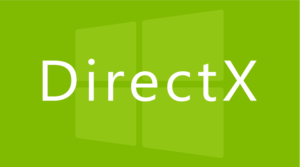